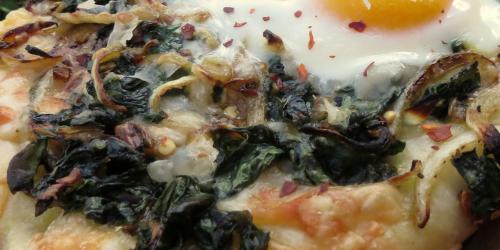 I don’t really have time to be writing this post. I am sort of over-scheduled right now.

First of all, as you may know, I wrote a book. It wasn’t supposed to come out until May 8th, but the folks at Amazon decided to send it out a week early, so if you pre-ordered, you should already have it in your hands, which is equal parts thrilling and anxiety-producing for me, feedback junkie that I am.

As such, I’m throwing a party at Green Apple Books on Clement Street in San Francisco, getting ready for a big signing party up in Santa Rosa at my parents’ house, preparing for a demo at The Olive Press, and planning a trip to to Los Angeles and then Chicago, to speak at both cities’ Google locations and a variety of other fun spots, shortly thereafter.

Also, I am writing a second book, about pizza dough (go figure). My manuscript was due 2 days ago. It is not finished (I’m close though, I swear).

Funny as it may sound given what I do for a living, when I work for hours on end, I often forget to eat…even if I’m cooking. I’ll have coffee, then more coffee, then a glass of water, after realizing how dehydrated the coffee has made me, then suddenly it is 3 PM and I am starving. This pizza was this afternoon’s much-needed diversion/sustenance. And it was awesome.

Now excuse me, I have stuff to do!

That pizza looks so great—egg and greens, perfect. :) And congrats on the book launch! I wish you a great turnout!

This looks amazing! I showed it to my husband, who is not quite as enthused about food or cooking as I am, and he was definitely intrigued! I guess I know what I am making for dinner tomorrow!

When will you be in Chicago and where? I love your blog and would love to see you speak when you’re in the midwest

I happened to be walking past an aisle in Barnes & Noble this weekend and, prominently displayed, was BrokeAss Gourmet. Many congrats!! I had to get a copy immediately and, I have to say, I’m beyond impressed. So glad I found the blog that goes with the book :)

I’ll definitely be on the lookout for your cookbook! Fabulous! : )

Managers usually fill the role of Master Black Belt and supervise lower-level employees serving as mentor and teacher. Essentially, they take the information transmitted from higher levels and help implement the lower levels.

That pizza looks so great—egg and greens, perfect. :) And congrats on the book launch! I wish you a great turnout!