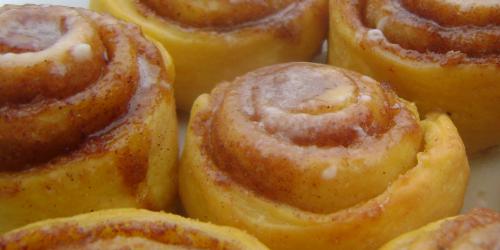 I recently realized that I have been telling people for years that cinnamon rolls can easily be made out of pizza dough, but that I’ve never actually done a recipe for these easy treats. So when my brother’s girlfriend Holly (who is basically responsible for BrokeAss’ web traffic from the entire state of Texas) asked me for a cinnamon roll recipe (along with a very long list of other recipes that I will slowly but surely get to—I promise), I was happy to oblige.

As for these cinnamon rolls’ “mini” status, I find normal-sized cinnamon rolls to be a little overwhelming, so I make mine little. If your guests are bigger eaters they can just take more.