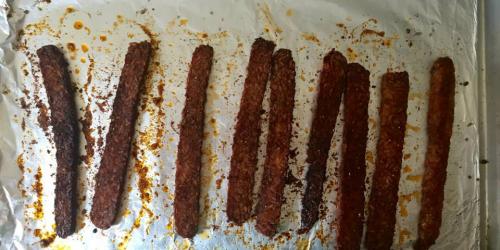 They say there's nothing like falling in love for the first time; the excitement, the magic of connection, the rush of hormones--when you've never felt it before, it overtakes you, like liquor on the lips of someone who's never been drunk.

I remember the first time it happened to me, as a seventeen-year-old at a retreat for a Jewish teen program. In the Marin Headlands, just above the Golden Gate Bridge, I went wandering down a sandy beach in the dark with a boy I'd only recently met, but for whom I felt a shock of electricity the moment he said hello. We'd snuck away from the other teenagers in our group, and were attempting to find a moment alone to talk, unsure of what it would bring (neither of us knew what we were doing), but compelled by the fluttering we were feeling in our bellies. Without understanding how or why, I knew he was someone I would be getting to know a lot better very soon.

Our first kiss didn't happen until later that night, in the dormitory bunk where our group was staying, and when it did, it intoxicated me instantly. In the days and weeks that followed, I could think of nothing other than when I could kiss him next. I was a cliche of an infatuated teenager, but in that moment on the beach, I was changed. I had tasted the zing of intense mutual desire, and I liked it.

Of course, we were children, and so, like most high school love stories, ours eventually died a sad but predictable death. We moved on with our lives, went to college, started our careers, met other people, and fell out of touch. Sixteen years after that night, I got engaged to my person at Cavallo Point, less than a mile away from that beach.

Recently, as Evan and I prepare for this next step, I've been taking something of a mental inventory of my romantic history--a sort of internal tidying and boxing up. Of course I had other relationships between that first one and this, my last; many that lasted awhile, and even one that seemed to have had a chance at permanency. Still, the memories that remain the clearest and most significant are of the first. I'm pretty sure this is because the first time imprints you in a way that can never really be replicated. The first cut is the deepest, as they say, but so is the first kiss. The first touch. The first time a boy tells you he loves you. And though the imprinting experience is intense in and of itself, I think its real purpose is to prepare you for what more is to come.

Because now, when I drive by the Golden Gate Bridge and see the exit sign for the Marin Headlands, I think instead about Evan and our recent engagement. Though the whisper of that first taste of love remains a sweet memory, it is quieter now.

On a seemingly separate but definitely related note, I want to talk about tempeh.

I first tried tempeh right after moving to San Francisco at age 24. A Greek food stand in my neighborhood served traditional Greek gyros with lamb, and for vegetarians, as I was at the time, tempeh gyros. Tempeh is like tofu in that it is a protein source made from soy beans, but that's about where the similarities end. Where tofu is uniform in flavor, tempeh is fermented and tangy--and full of nooks and crannies that get crispy when cooked. It takes on the flavors of whatever you add to it, unlike tofu, which tends to just swim around in sauce.

I ordered a tempeh gyro, wrapped in pillowy fresh pita, topped with creamy yogurt tzaziki, cubed cucumbers and tomatoes, and the thinnest slivers of red onion. I had intended to eat it in my new apartment, but it smelled so good, and was so warm in the bag, that on my walk home, I found a bench and dug in. It was unbelievable. Somehow, the crunch and flavor of this soy product stood up to lots of yogurt and juicy vegetables. It was dense yet tender, and rife with umami flavor. I was in love.

I cooked it myself several times immediately afterward, and it took some time to figure out how to make it as crispy as it was in that phenomenal gyro. Eventually I figured out the secret: plenty of oil and medium-low, consistent heat. Today, I like to crisp strips of it, spiced with paprika, smoked salt, brown sugar, and black pepper, in the oven and serve it alongside scrambled eggs, like bacon. Of course, you would never confuse it with real bacon (if you're looking for something like that, try my Mushroom Bacon), but it's smoky and crispy and utterly delicious in its own right.

I like this multi-grain tempeh from Trader Joe's. It contains barley and millet, along with the soy. If you're gluten-free, look for something without grains. 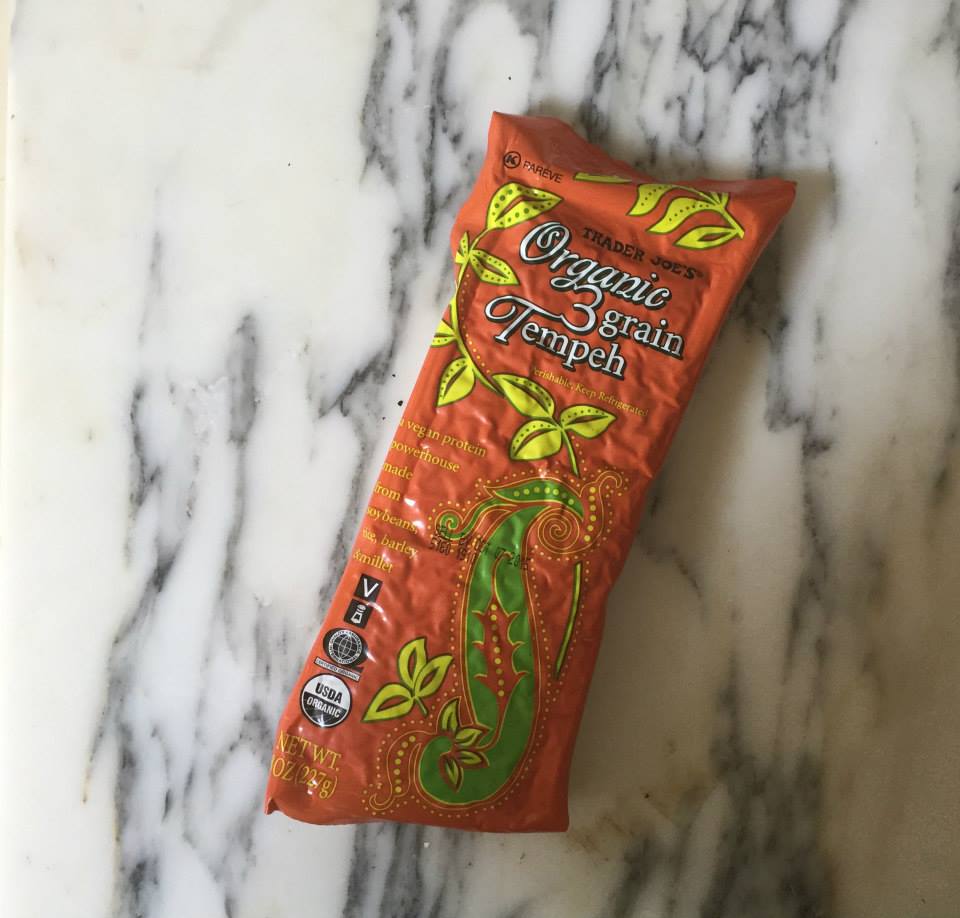 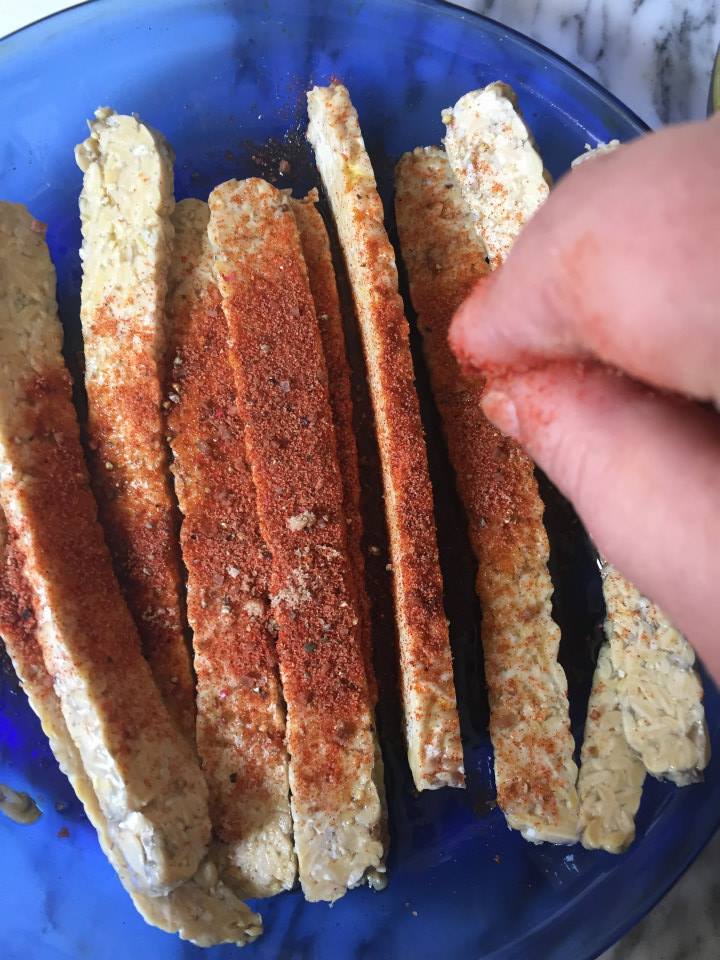 It bakes in a relatively low oven (350) for about 25 minutes on a foil-lined baking sheet, until really crispy. 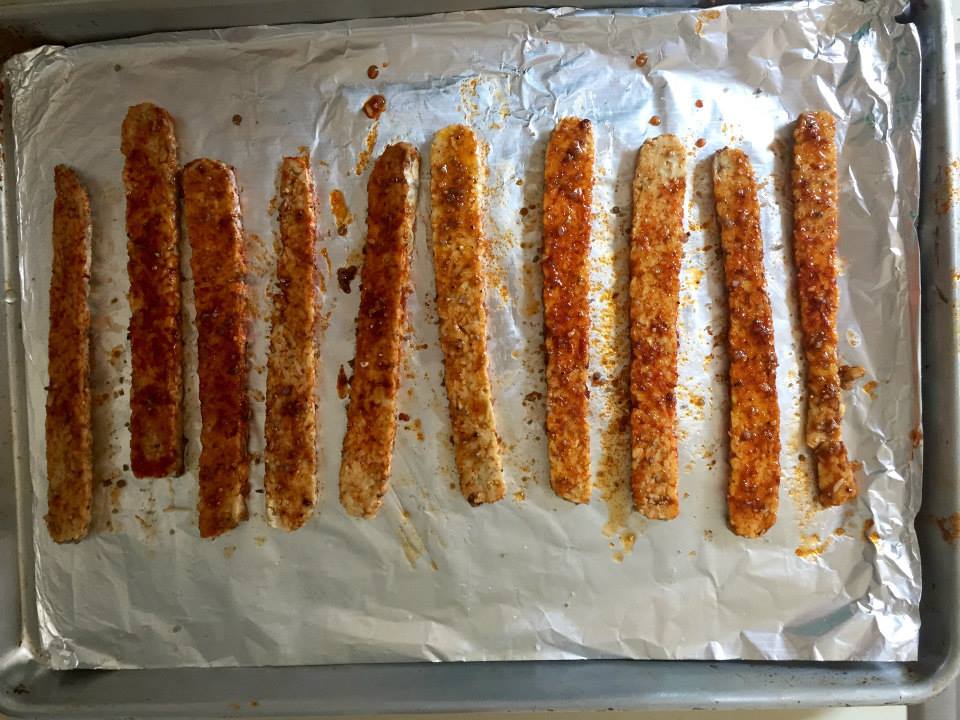 And then I platter it up. 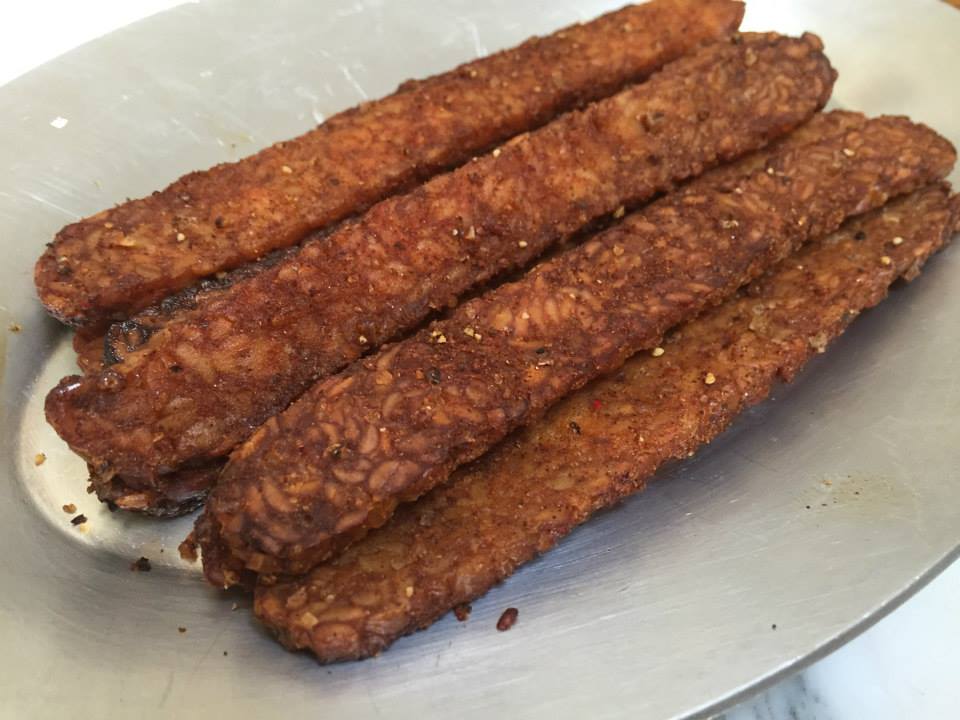 That gyro all those years ago was my first taste of tempeh love--my imprint. This bacon is my love letter to it.

Omg these look delicious! Just discovered your blog and I love it! yummy food on a budget…what not to love?!? :)

Really impressive post. I read it whole and going to share it with my social circules. I enjoyed your article and planning to rewrite it on my own blog.
mahjong connect
agario skin
minecraft games
kizi
hulk games
mickey mouse games

This looks delicious. I can’t wait to try this.
check out : http://www.yolenis.us/en_us/recipes.html

I really like the idea her with a lot of new resources which is why it suits best.

Much valuable information that I got after reading the article you wrote
This is indeed a great new posts I have met
Thank you very much willing to share information useful to us.
Obat Kista Ginjal
Obat Crohns Disease
Obat Mata Plus
Cara Supaya Cepat Hamil
Penyebab Disfungsi Ereksi

I like this multi-grain tempeh from Trader Joe’s. It contains barley and millet, along with the soy. If you’re gluten-free, look for something without grains.

Hi my friend! I wish to say that this post is awesome, great written and include almost all significant infos. 배트맨토토프로 https://www.betmantoto.pro

you are in point of fact a excellent webmaster. The website loading pace is amazing. 먹튀사이트 https://www.totosafeguide.com