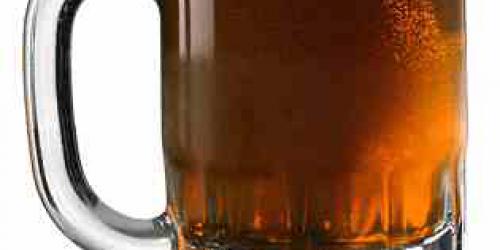 The go-local movement has hit the beer industry. Whereas finding heirloom tomatoes grown within a day’s walk of your home has been a cinch from day-one, chances are your favorite brewery still is making its beer from ingredients grown thousands of miles away, on the barley fields of the Great Plains and in the hop yards of the Pacific Northwest.

But a handful of brewers have begun to liberate themselves from dependence on these vast agricultural industries. Sierra Nevada Brewing Company in Chico, CA released a historic beer last fall: the 2009 Estate Brewers Harvest Ale ($9.99, 22-ounces). This historic IPA is made with barley grown not a mile away and freshly picked hops grown behind the brewery. There might not be a beer more locally based than this one – except that the 100-ton barley crop was sent to a Wisconsin malt house for the microbial processing stage that turns starch into sugar. (Sort of cancels out the whole point, doesn’t it?)

Lakefront Brewery in Wisconsin also made a totally local beer last fall. The Local Acre Lager ($4.99, 22 ounces) was produced from organic hops and barley harvested within 100 miles of the brewery. Owner Russ Klisch contracted with area farmers to plant specific hop and barley varieties for his beer, which he plans to brew year-round. Through the Local Acre Lager, Klisch is hoping to help rebuild local production of barley and hops and, eventually, transition his entire beer production into relations with nearby growers. His efforts will be worth watching in the near future.

In 2009 Deschutes Brewery released a celebration beer commemorating Oregon’s 150th year of statehood. The beer was made of all Oregon ingredients – easy to do, perhaps, in the hop country of the Northwest. Rogue Ales, too, has just released an all-local beer, too, the Dirtoir Black Lager ($5.99, 22-ounces), for which all the ingredients, including river water and glass for the bottles, were sourced or produced within the state.

But with so much yin, let’s talk yang. Dogfish in Delaware, the weird-beer craft brewing giant, makes one ale that brazenly defies the local food movement: Pangaea ($12.99, 750 ml), a concept beer in a fancy wine bottle and brewed with ingredients sourced from all seven continents. North American corn, Asian rice, South American quinoa, Australian crystallized ginger, African Muscavado sugar, European yeast and Antarctic ice water all go into the brew pot. The concept behind this beer is the entertainment; identifying the ingredients in the aroma and taste may be a task beyond the sensory skills of most. Though the crystallized ginger is easily tasted (like pumpkin pie), the quinoa and various grains play furtively in the background. I would dare say even the sharpest beer tasters would be hard pressed to detect the Antarctic water.

Back to the local beers, the Local Acre Lager ranks among the best lagers I’ve had. The beer emits a heady, thick aroma of malt and grain. In the mouth, a citrus tang and faint taste of bubblegum counter the thick syrupy body. This is a hearty, full and satisfying lager. Interesting to note is that Klisch says the beer’s Lacey barley grown in Wisconsin tastes markedly more “biscuity” than that grown in Canada or North Dakota – and this disparity can be tasted in the beer, he says. Sierra Nevada’s estate ale sizzles with brilliant hops and runs sweet and sticky. Head brewer Steve Dresler believes the soil components unique to the land adjacent to the brewery play a role in its particular flavors. Perhaps, though only the sharpest palate could detect such subtleties.

Breweries too numerous to name now grow a limited amount of hops on or near the premises for use in seasonal fresh-hop beers, which are usually released in the fall and often celebrated at regional fresh hop beer festivals. Few breweries, though, have the space to entirely transfer their agricultural needs into their own backyards. Sierra Nevada alone would need thousands of acres of land to grow all its own hops and barley, and so we can expect barley fields to remain a feature of the continental Midwest country.

Beer, though, will always be just a train ride away, and perhaps that’s as local as we’ll get.

please point your browser to this USDA certified organic beer from Maine. Made in small quantities with only the best organic ingredients… I wish I lived closer to have it on tap more often. http://www.peakbrewing.com/

And better yet…learn to brew it yourself! Homebrew beer…can’t get much more local than that (if you use local ingredients too that is)