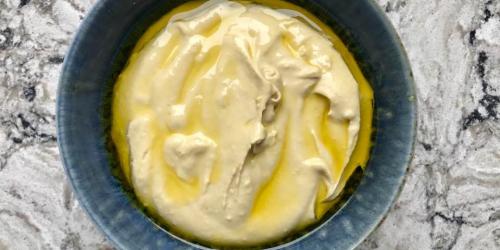 I remember the first time I had real hummus. Not the goopy stuff that comes in a tub. You know that stuff: it's more mealy than creamy, and it never doesn't taste like the refrigerator it's stored in after being opened. Sometimes it comes in flavors like jalapeño or cilantro, but no amount of flavoring is enough to make up for its lack of freshness and lousy texture.

The real stuff, which I tasted for the first time as an eighteen-year-old in Tel Aviv, is ethereally creamy, rich with olive oil, redolent of fresh lemon, lots of garlic, and good tahini, plus just enough salt to make it pop. It was revolutionary to me just how good it was, scooped onto a warm piece of hot-out-of-the-oven pita (which was also massively different than the bagged kind my mother bought at the grocery store back in the states). The hummus was somehow fuffy and luxurious at the same time, and much more flavorful than its off-white appearance let on.

Though many countries claim hummus as their own, the chickpea-tahini-olive oil-lemon-garlic preparation of hummus is Egyptian in origin. Its complete name, ḥummuṣ bi ṭaḥīna means "chickpeas with tahini" in Arabic. And while, yes, it is available in plastic containers at your local grocery store, hummus made from scratch us in its own category. I order it regularly at my favorite neighborhood Middle Eastern restaurant, Old Jerusalem, but making it from scratch is a very close second. Here's how:

Start with dry chickpeas. Don't give in to the desire to use canned--they're really not as good. Besides, $5 worth of dry chickpeas will last you a whole lot longer than $5 worth of canned beans. 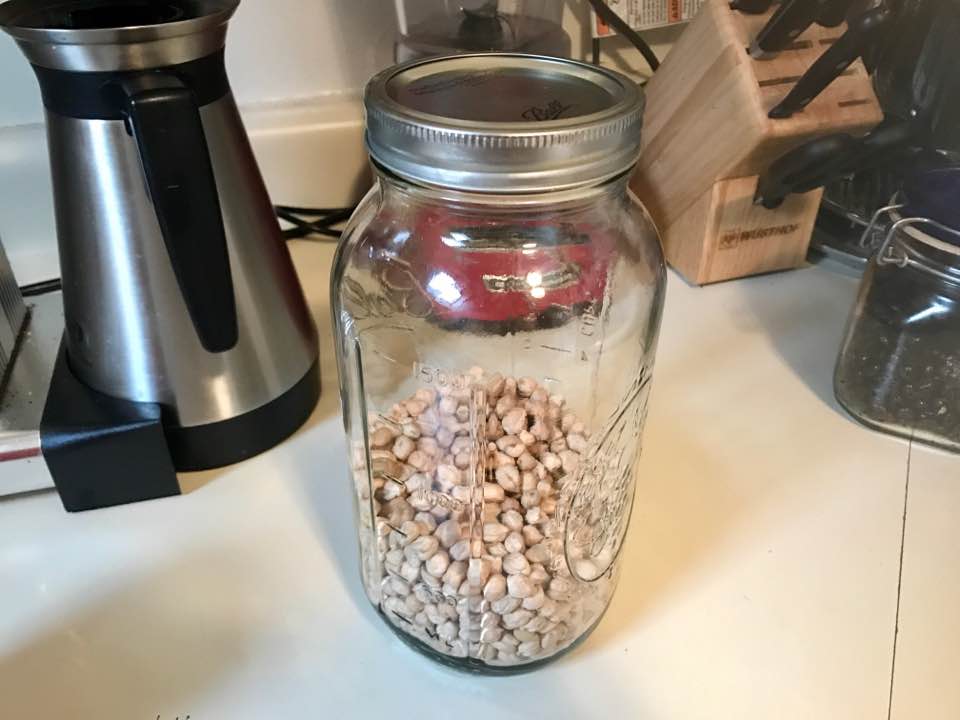 If you have the time, soak them overnight, with some baking soda. If, like me, you are less patient, do the quick soaking method and stir some baking soda into the chickpeas and water, simmer for a few minutes, then cover for 10 minutes. This helps loosen the peels, and as you will find, this is the key to the smoothest, creamiest hummus. 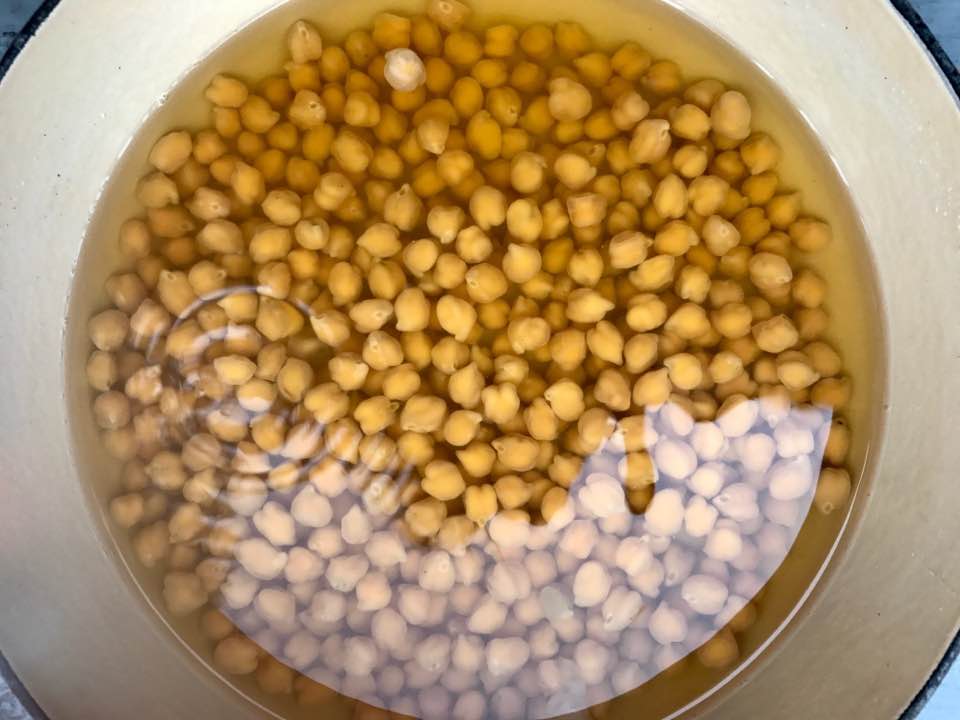 See how easily they come off? This process takes a little time, but trust me it's worth it. 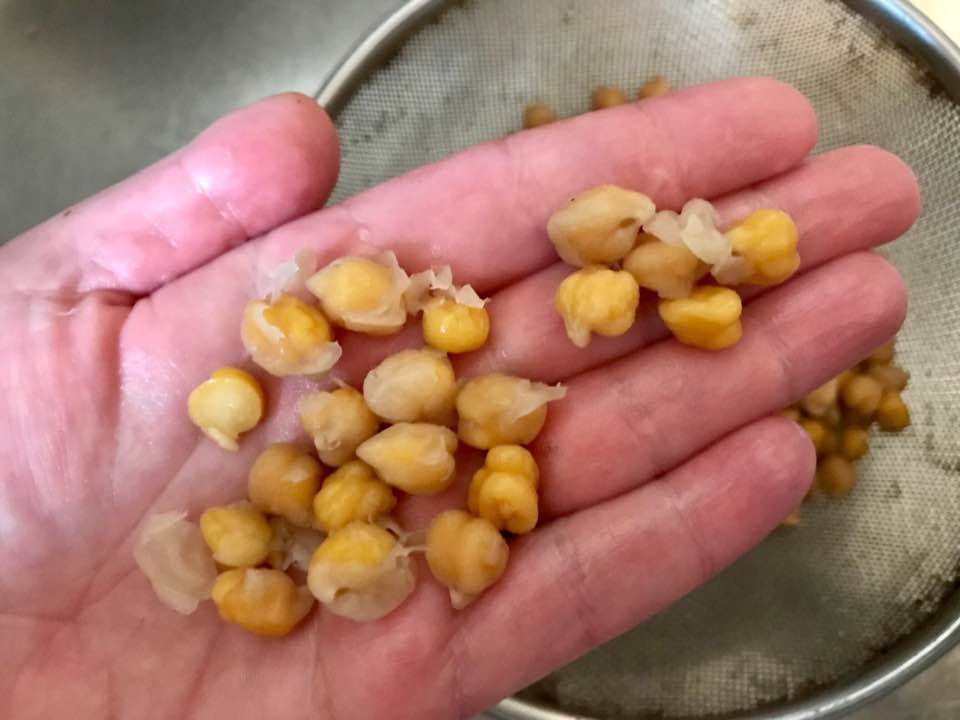 As you can see, a few peels remain. This is okay, the majority of the rest will float up during cooking. 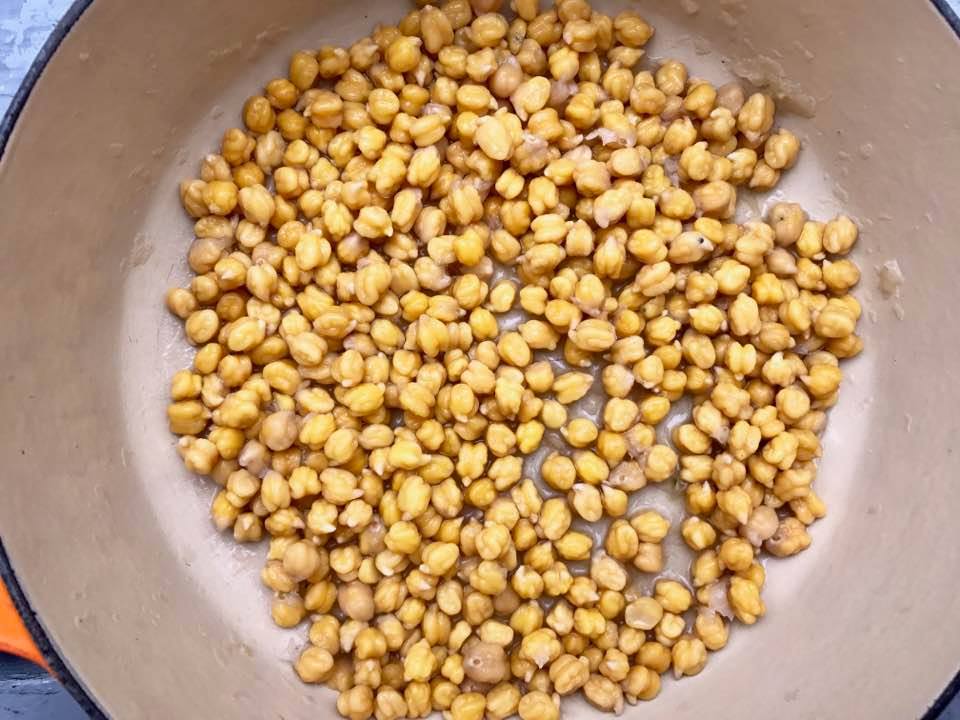 The beans cook low and slow. Don't worry about them getting too mushy--they're just going to be pureed. 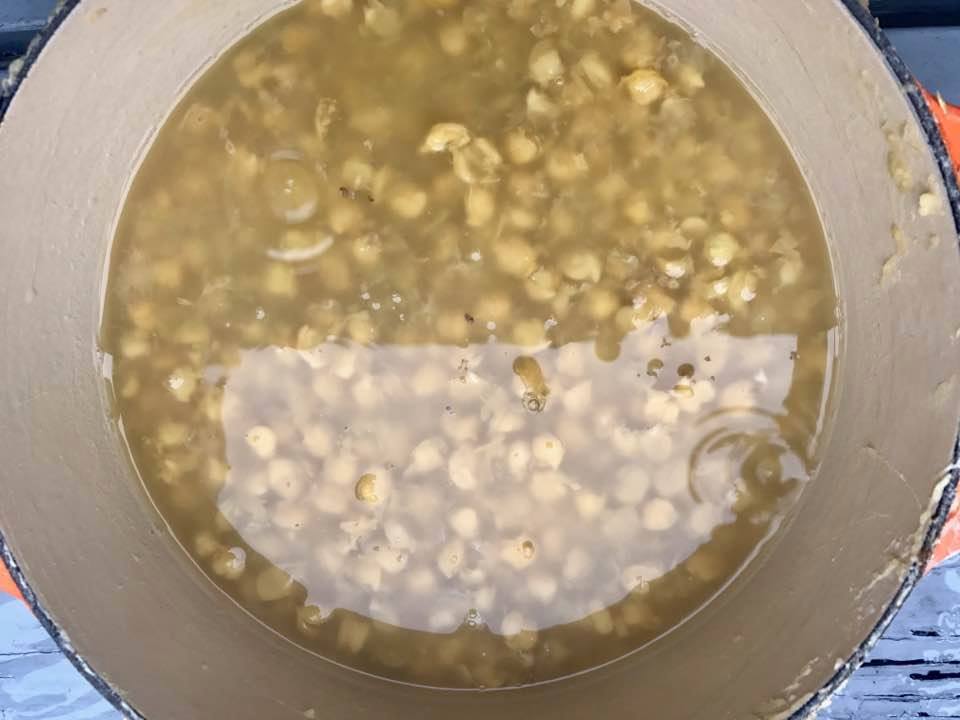 After cooking for a long time, it's into the food processor with tahini, olive oil, lemon, garlic, and salt. 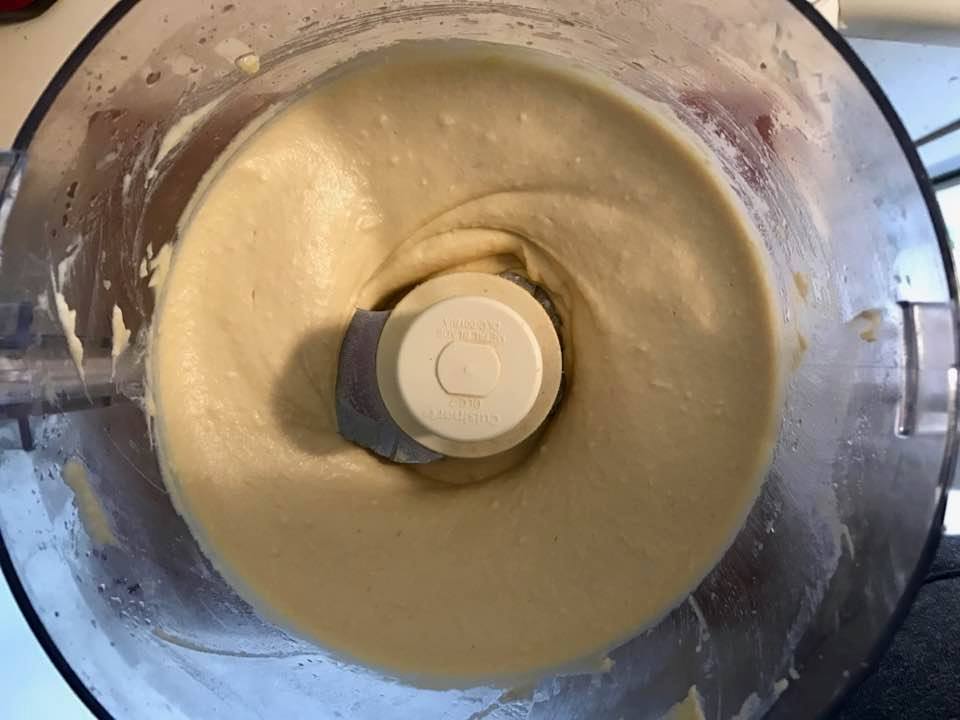 Don't forget the extra olive oil to garnish. No, this is not a low-fat food. Don't ever bother with a hummus that claims to be low-fat! 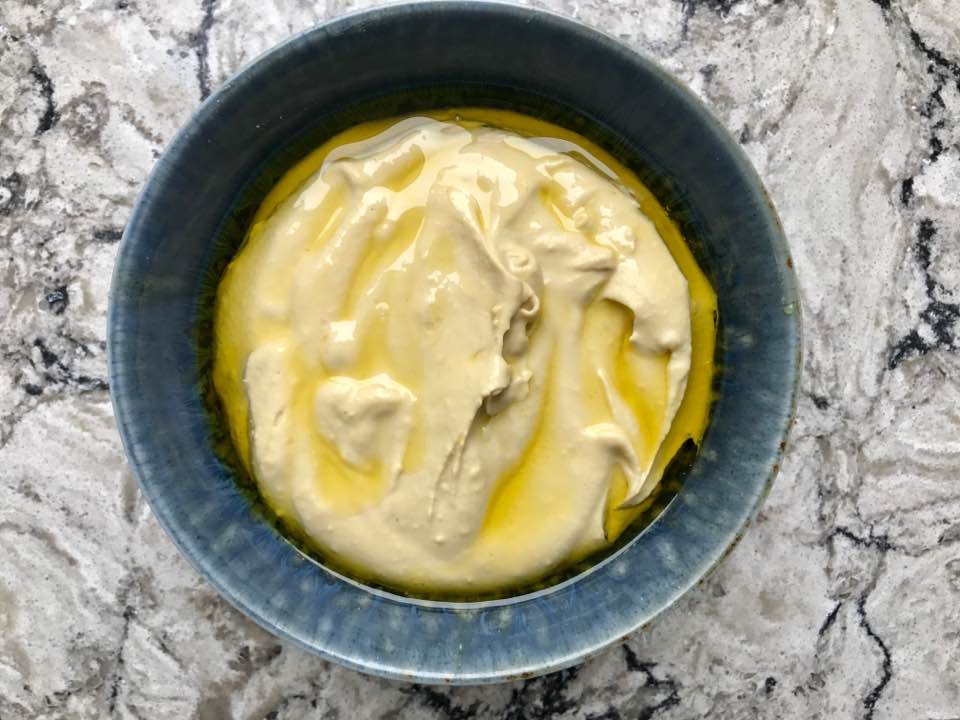 I like to top mine with zaatar, an oregano-based herb blend spice-and-herb blend. If you can't find zaatar, sumac, paprika, chopped parsley or cilantro, or even just  freshly ground black pepper works nicely. 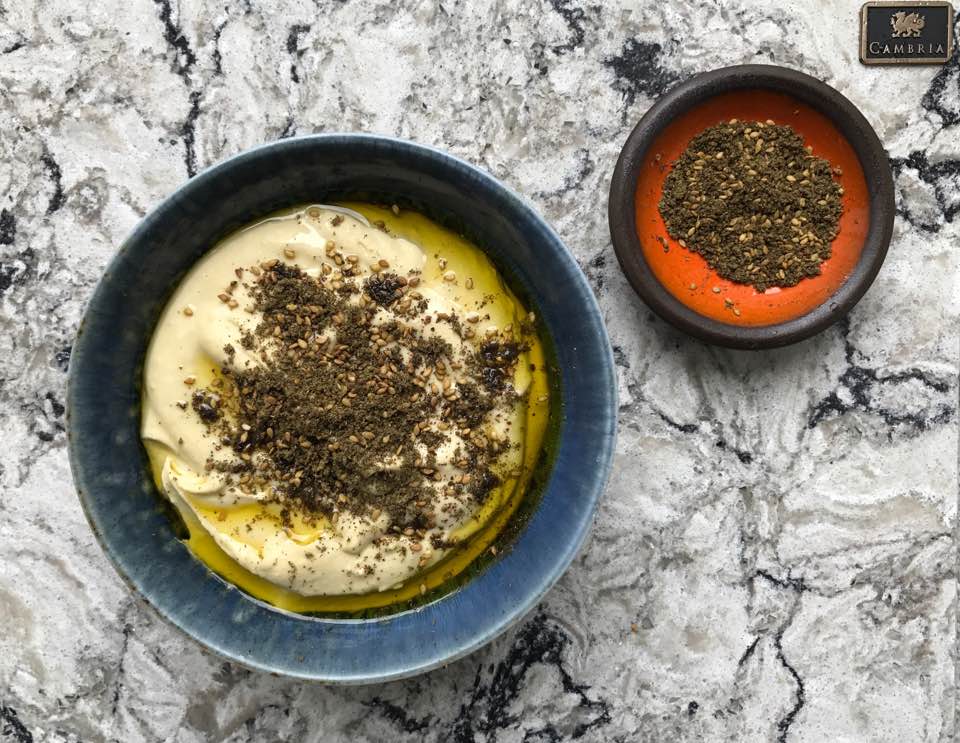 Don't you just want to dive in with a hot piece of pita? 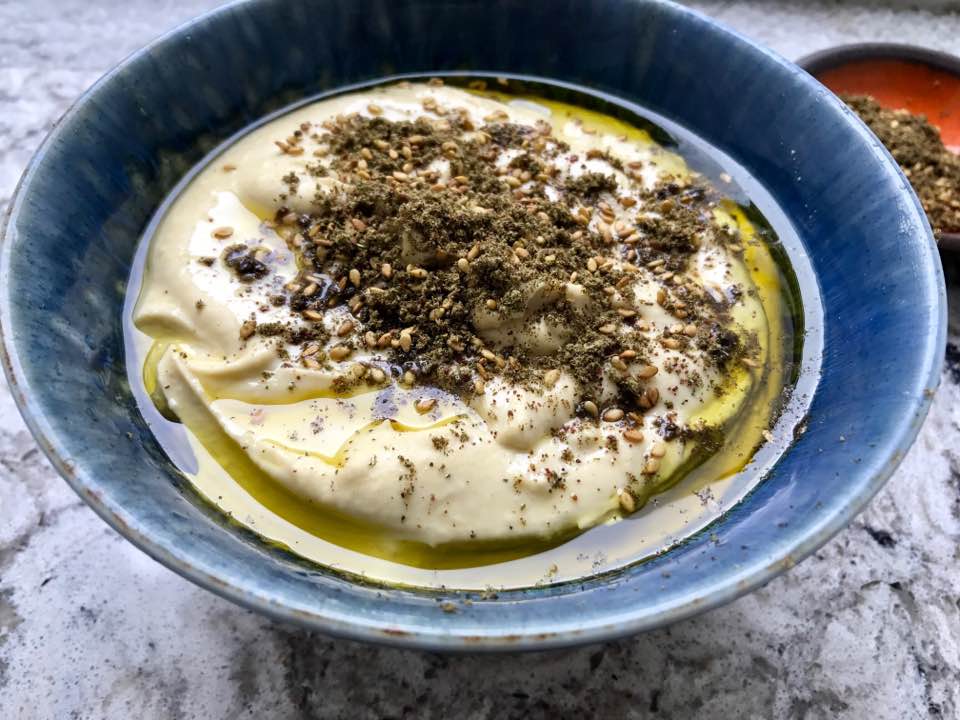 Thank for your writting!

It’s a great pleasure reading your post. It is full of information I am looking for.

Here on this page huge news for all those candidates who are finding for the latest government jobs in India. In this article, we provide deep information about upcoming Government jobs in 2020

nice site for me thnaks for updates

What’s up, I want to subscribe for this blog to obtain most recent updates, therefore where can i do it please help. <a href=“https://www.betmantoto.pro/” target=”_blank” title=“배트맨토토”>배트맨토토</a> scoring game of scoring and losing

I think the admin of this site is really working hard for his site, for the reason that here every information is quality based information. <a href=“https://www.totositeweb.pro/” target=”_blank” title=“토토”>토토</a> special game of winning winners, rankings and goalscorers. .

Ahaa, its pleasant discussion concerning this post here at this webpage, I have read all that, so now me also commenting here. <a href=“https://www.totositehot.pro/” target=”_blank” title=“토토사이트”>토토사이트</a> Prototypes include a match-based game

Greate article. Keep writing such kind of info on your page. Im really impressed by it. <a href=“https://www.toto365.pro/” target=”_blank” title=“스포츠토토”>스포츠토토</a> scorers, and winners of specific games.

Thanks for your personal marvelous posting! I quite enjoyed reading it, <a href=“https://www.majortotosite.pro/” target=”_blank” title=“메이저사이트”>메이저사이트</a> Horse racing and racing

Your dishes are very good, I have practiced some dishes, I must say they are very delicious and the taste is very new, I will always support you. Thanks for sharing this wonderful recipe

Thanks for sharing. I found a lot of interesting information here. A really good article, very grateful and hope that you will write more articles like this.

Posts are all wonderful. Thank you for putting a lot of work into it.

Enjoy the best services provided by crazy for study for the best Biology Solution Manuals and much more. To get better result contact our expert.
https://www.crazyforstudy.com/textbook-solutions-manuals/science/biology

I have read so many posts concerning the blogger lovers but this article is man genuinely a good paragraph, keep it up.I have learn some good stuff here. Definitely value bookmarking for revisiting.

This is a perfect spring snack! I love this dish.

(Couch potato) imitating a person who is too clinging to a computer
http://xn—o80b27i69npibp5en0j.vom77.com 온라인카지노

I’ve been searching for hours on this topic and finally found your post. <a href=“https://mtygy.com/”>먹튀검증사이트</a>, I have read your post and I am very impressed. We prefer your opinion and will visit this site frequently to refer to your opinion. When would you like to visit my site?

Keep up the good work! Your work inspires us.

I must say you’ve done a very good job with this. Also, the
blog loads extremely quick for me on Chrome. Superb Blog!

One of the latest innovations in police cars is the new voice command technology that allows officers to control many functions.
Thanks For This Great And Very Good Post share with us. I really appriciate you

I no uncertainty esteeming each and every bit of it. It is an amazing site and superior to anything normal give. I need to grateful. Marvelous work! Every one of you complete an unfathomable blog, and have some extraordinary substance. Keep doing stunning <a href=“https://www.nippersinkresort.com/”>메이저사이트순위</a>

Traditional bookstores have always existed on high streets, but in the digital age, the internet is proving to become a serious competitor to traditional brick and mortar stores. This article examines both sides of the coin and provides an appropriate insight into the phenomenon of shopping of books online. 메이저사이트추천

I want to always read your blogs. I love them